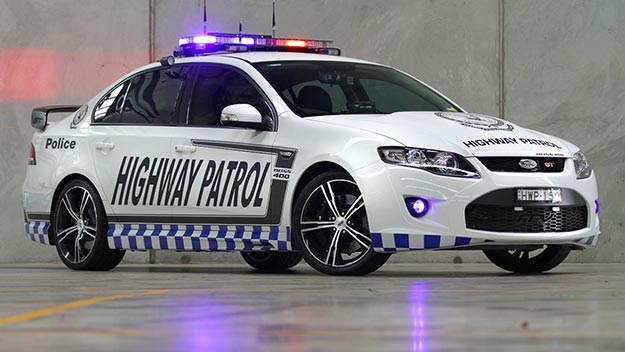 Ever since the rise of true democracies in the 18th century, civil libertarians have been leery of an excess of governmental snooping into private lives — and well they should be. There have been numerous occasions, in the United States (e.g., World War I’s Sedition Act, and the post 9/11 PATRIOT Act) in which well-established civil liberties have withered away under the invasive glare of government scrutiny. The 1948 publication of George Orwell’s dystopian novel 1984 merely underscored the issue. But the eponymous date has come and gone, and 25 years on the U.S. remains a place where a person can say or do just about anything that they please –- though some observers point out that the U.S. came dangerously close to the brink under the post-9/11 tenure of Attorney General John Ashcroft.

As liberal as the previous observations may sound, however, I must take a more conservative stance on the issue of installing video cameras in police cars. While the individual’s rights should remain paramount in most cases, here the five-hundred-pound gorilla of safety is also involved. The reality of the situation is that there is always a point where individual freedom is outweighed by the common good. If video cameras can help make the lives of police officers easier and safer, then they should be used as necessary.

By itself, a video recording can’t hurt a person; the acts that camera captures are what have an effect. If in the normal course of an officer’s duties it is made known, in an honest and forthright manner, that the camera exists and is taping what occurs, then it’s up to the individual to tailor his or her behavior based on that knowledge. That, too, is an inalienable right: the right to choose to do good. (The use of building security cameras and undercover surveillance are cans of worms to be opened another time).

As with emergency personnel (fire and rescue crews), medical personnel, and teachers, police officers perform one of the most important roles in any society. They help provide a framework against which individual citizens can live their lives in relative safety, and as with any such personnel, certain constraints structure their own lives and jobs. Often, they must suborn their needs and desires to the needs of the greater good, and generally they accept this. However, like other personnel forming society’s backbone, police officers are too often undersupplied and underpaid by the people they’re charged with protecting. That being the case, it would be near-criminal to deprive officers of the tools they need to do their jobs effectively; and one of the tools in their modern arsenal is the video camera that’s now attached to the dashboard of just about every police car in America.

Is it the eye of Big Brother? Arguably, yes. Is it useful? Undoubtedly. The safety factor is the overriding argument in this issue. There are few of us who haven’t seen news reports or C.O.P.S. episodes in which police officers are shown being attacked or shot by suspects on camera; there have even been cases where officers were struck by cars in full view of their cameras while exiting their cars to confront speeders. In some cases, these cameras helped save the lives of the injured officers, or brought their attackers to justice. But the video protects the individual confronted by the officer as well. Just as there are bad people in all walks of life, there are bad cops, and some are willing to abuse of their positions of power.

No one who has seen it will forget the video of Rodney King being beaten by Los Angeles police officers. On a more amusing note, a video was publicized several years ago in which a frail elderly woman was handcuffed and arrested for a minor traffic infraction, an event which occasioned the police department’s ridicule and the woman’s brief celebrity. This video was recorded by a police camera, and pointed out a lapse in police judgment that has since been remedied. While this is a somewhat minor example, it does emphasize the fact that the camera’s eye keeps most officers on the straight and narrow: no reasonable officer would deliberately perform an egregious act when they knew their actions might be reviewed. In such a situation, the video protects the individuals confronted by the officer. A case in point: even in the aforementioned video, the officers were unfailingly polite and followed perfect procedure as they handcuffed the elderly miscreant. They were merely following an order they knew to be stupid.

In my opinion, the growing use of cameras in police patrol cars will have more positive social effects than negative ones. Certainly, no one should be filmed without their knowledge; it should be made plain that the camera is in use and is turned on. Patrol officers are already trained to treat those they meet with courtesy, and to explain why they have been stopped; the explanation of the camera’s existence and purpose would take perhaps another five seconds. This knowledge would not affect the actions of the vast majority of us who would never dream of assaulting a police officer, but it might constrain someone who would. Furthermore, it might just keep some overzealous officer from mistreating a citizen.

In short, then, the existence of video cameras in police cars is something that I believe we can live with. It’s one of those trade-offs of personal liberty, like taxes, that we accept in return for being part of a society: otherwise, who paves the roads, protects us from others, or teaches our children? Yes, Big Brother may be watching; but he is watching from afar, and his influence remains weak.