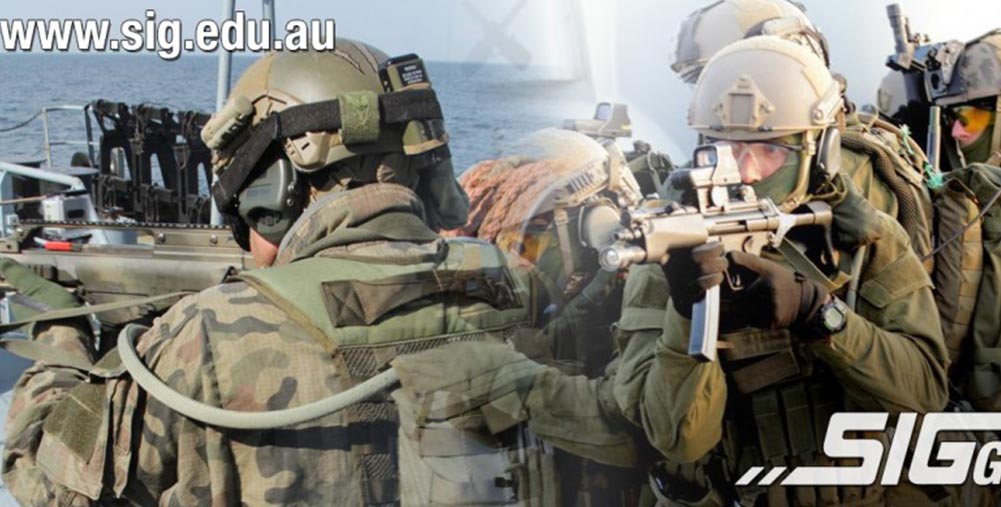 Shipboard security depends upon four primary factors. The first is an understanding of the adversary, second is proper training, and third is the provision of proper equipment and support; the last is having the willingness to defend the vessel. The failure to provide any one of these may result in the failure of the defense and the unnecessary loss of life. Only now, after decades of attacks, are any of these four being paid more than just cursory attention. Now that eyes are opening, we must develop a response.

Piracy is a problem, which, though always active, has grown greater every year since the United States’, and the then United Soviet Socialist Republic’s massive navies plied the world’s backwaters. This problem is relatively easy to understand. It is profit motivated. Return less risk equals adequate profit. Increase the risk or remove the profit and the business becomes untenable. We must be prepared to first appear to have the ability to defend our vessels and then, after presenting the adversary with an adequate opportunity to withdraw, being willing to make an adequate and measured response. This response may be required, though seldom, to be a lethal defense. Even the Coast Guard will state that they would typically not be able to board a vessel at sea if that boarding was refused. Pirates have no special magic to enable them to do so.

Terrorism at sea is not a few environmentalists letting a few hundred-laboratory animals free or even the murder of a doctor at an abortion clinic. Instead, terrorism at sea is deadly and costly to crews, shipping companies, insurance companies, and populations worldwide. Terrorist attacks are specifically planned to generate the greatest number of innocent deaths at the greatest cost possible. The ability to make a projected and lethal defense may be paramount to save that cost and those innocent lives.

Terrorism can be the deadliest and most effective of terrorist attacks. Security against these attacks must be 24 hours per day, 7 days per week, 52 weeks per year, wherever that vessel may be. There is only one way to assure this; that is by taking advantage of the crew. For this, security teams selected from our crews must be properly trained and equipped. Security at any U.S. port begins at the dock of the last country it visited.

Shipboard security and vessel defense also include appropriate and measured responses to civil unrest. The vessel may be caught in port during a coupe, rioting, or natural disaster in which civil crowds may be pressing for access to the vessel. In these cases security must be maintained by non-lethal means for as long as possible; there are few reasons to use lethal force other than the protection of crew personnel’s lives.

There are a variety of civil threats, which must be considered by the shipboard security team. The shipboard security team must prepare for such threats as stowaways, bomb threats, contraband, and human trafficking among others. The crew must be able to search effectively, analyze the threat, and respond effectively while lessening the chance of damage to the vessel, cargo, or passenger and crew injuries or deaths.

There is only one way in which vessels can be protected from such threats all of the time and everywhere; that is with a properly trained security team comprised of crew personnel. Contract security personnel may be needed in certain regions or under some circumstances; however, they cannot be present 100% of the time.