Are americans of today really free? 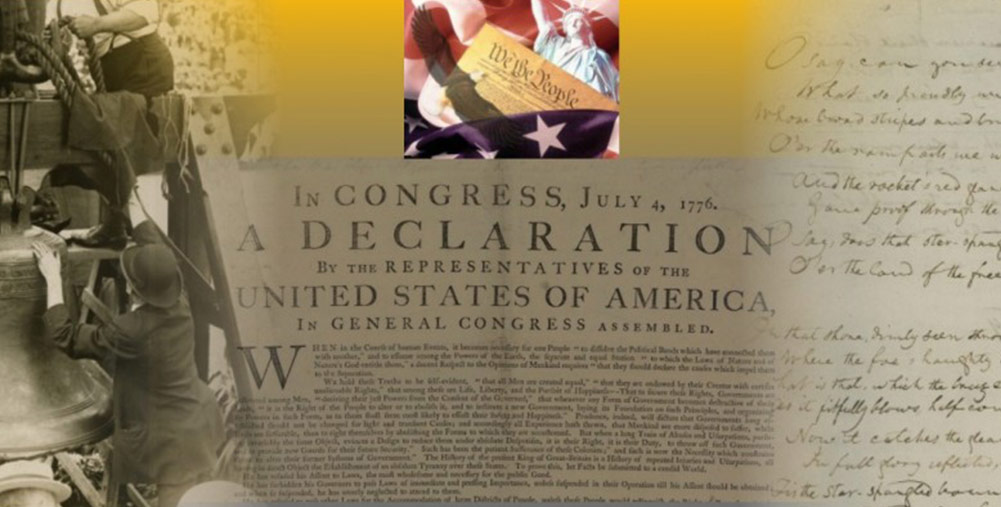 We often hear America being proclaimed as the land of the free, the perfect model of democratic and liberal governance that countries around the world should aim to emulate. It is also where the first amendment is supposedly commemorated, valued and respected. Declaring that the citizens of such a glorified superpower are encountering situations of compromised freedom may seem foolish, but the answer to that statement’s validity might just be counterintuitive; As absurd or ludicrous as it may seem, Americans today are fighting a losing battle when it comes to freedom – the same freedom that their forefathers valued above all else and which their doctrine and history were built upon.
The problem lies here: Choice, without the freedom to choose, is not really a choice at all. When individuals are given choices of that nature, proclaiming them as free would be nothing more than facetious and blasphemous! And the people facing such perverse choices today in modern society are not the socialists or the communists living in third-world countries, but Americans.

One main issue causing this would perhaps be terrorism, or the fear of it. The statistical chance of dying in a terrorist attack is actually far less than that of death by falling off a ladder, yet terrorism prevails to be one of the central fears of Americans. Media hype and manipulation from the Bush administration have created such a situation of intense and unwarranted fear that people are becoming more and more afraid of a threat that has actually an almost negligible effect on the average citizen.

The impact of this is severe: As people become more afraid and more fearful, not only do they become unable to make rationale choices but their emotions also take over, compromising not only their ability to choose but also their freedom. It may be alarming to note that this manipulation of fear was exactly how Hitler won over Germany and how the Rwandan genocide was instigated. But we cannot really shift the full blame on President Bush, or perhaps even Osama Bin Laden for this; No one man can terrorize a whole nation unless we are all his accomplices.

The failure of America’s healthcare system is possibly another important factor. Michael Moore’s award-winning movie SICKO was controversial to say the very least, but it provides the best case study available of the American corrupt healthcare system, where privatization of health-care insurance have led to the growth of health maintenance organizations (HMOs) and commercial interests being placed above moral values of public healthcare.

These HMOs has led to two main complications: One, the lack of a centralized system results in patients being unable to freely choose their hospitals and doctors of choice but instead being forced to go to wherever their insurance company tells them to. Failure in doing so would inevitably result in zero financial compensation for the patient’s often-hefty medical bills, which can easily escalate into the hundreds of thousands.

Secondly and more importantly, as corporate interests dictate that profits are valued above all else, insurance companies attempt to deny or delay financial compensation whenever possible, resulting in countless people becoming unable to pay their medical bills. Coupled with America’s credit crisis where excessive consumerism is causing millions of Americans to spend more than within their means, you get a bankrupt population swaddled with debt.

The crux of the problem lies here: A bankrupt population is a population where people no longer have the freedom to choose any other choice but the economically best one. It equates to people longer having the power to pursue their dreams and makes them so dependent on their current employment that they lose the freedom to question and demand anything from their superiors.

HMOs have been in America for over thirty years now, and it seems that with each passing day as these organizations grow richer, stronger and more widespread, Americans are increasingly finding themselves in situations where they are losing the freedom and power to make basis choices such as their own healthcare and jobs. Is this the same free America that strives to protect democracy and freedom everywhere around the world, or has America in reality changed into something much worse?

Edward R Murrows, one of history’s most influential and linguistic journalist, once warned this to Americans: “We proclaim ourselves, as indeed we are, the defenders of freedom, wherever it continues to exist in the world, but we cannot defend freedom abroad by deserting it at home.”

If America desires to continue to be the bastion of the values of liberty and freedom in this world, perhaps now would be time for it to finally take care of its domestic complications before it becomes far too late.